Whether you're a home-buyer or a seller, it pays to understand the real estate market if you want to get a good deal. Unfortunately, a series of damaging ideas has grown up around real estate which can get in the way of a smooth transaction for both sides. 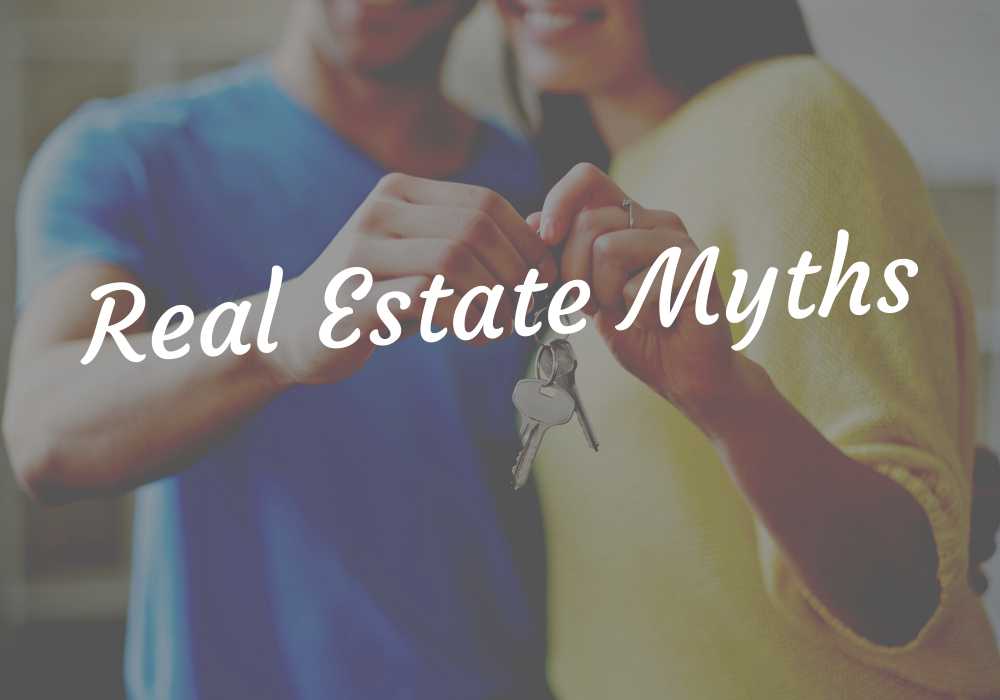 Here are six of the worst myths you need to ignore.

1) Spring is the Busiest Season.

Traditionally, the best time to list a home was in spring. This was because parents would try to move home over the summer holidays, minimizing the disruption to their children's education. Naturally, spring became the busiest season with the most homes appearing on the market.

However, today's home-buyer profile is a lot more varied than in the past. More than half of buyers are unmarried and have no children, and the school timetable is no longer nearly so relevant.

Instead, as a seller focus on getting your home In the best sale-ready condition you can before listing, rather than rushing to meet an outdated deadline. And as a buyer, start your search whenever you're ready to move, whatever time of year that is.

2) Start With a Low Offer

When you've found a home you want to buy, the traditional advice is to put in a low offer far below what you're really prepared to pay. The idea is to test the water and avoid paying more than you need to.

Today, this is poor advice. Whatever the overall state of the real estate market, desirable properties can sell extremely quickly. If you put in too low an offer, you run the risk of being outbid by another buyer leaving you no time to react.

What's more, most asking prices today are set according to well-established guidelines, and the vast majority of homes are priced more or less correctly. As a buyer, offering an insultingly low figure makes you seem like a time-waster, alienating the seller and souring negotiations from the start.

As a seller, if you receive an offer far below what you're asking for, you shouldn't hesitate to reject it out of hand rather than using it as a starting point for negotiation.

It's often thought that a cash payment is the most attractive option for a seller, and therefore the best choice for a hopeful buyer. This idea is completely without foundation.

The vast majority of homes are bought using a mortgage, and it's the expected mode of payment. If anything, an unusual cash buyer might raise the suspicions of a careful seller, who may choose to opt for a well-documented, traceable, bank-financed buyer instead.

While it's important to make your home look presentable if you want to sell it quickly, it's a mistake to think investing in home improvements will boost its value by much. Most improvements won't raise the value by enough to pay for themselves, with the possible exception of major structural work such as an extension or basement conversion.

For sellers, it's usually much more cost-effective to concentrate on fixing problems and improving appearances rather than spending a fortune on upgrades and remodels.

For buyers, don't let home improvements you don't need lure you into paying a premium.

There's a common idea that real estate agents should be treated warily, and any advice they give taken with a pinch of salt. It's not clear why this myth has developed.

Most agents earn their living from commission on successful sales, where both the buyer and seller need to be happy for the sale to close. It's in the interests of a real estate agent to help strike a fair deal, not to propose unrealistic prices in either direction.

6) Buyers Can Leave Finance Until Later

Arranging a mortgage isn't as exciting as exploring listings to find your dream home, but it's not something to put off. If you don't get a pre-approval right at the start of the house-hunting journey, you can risk several major problems later on.

You could fall in love with a home that's out of your financial reach in reality. And even if you can afford the asking price, starting a mortgage application from fresh can introduce a deadly delay, opening the door for competing buyers.

And lastly, seeking a pre-approval will highlight any problems with your credit file, giving you a chance to fix them before getting too deep into the buying process.

Buying or selling a home is complicated enough, with plenty of pitfalls along the way. Don't make it even harder by accepting these all-too-common myths that serve no purpose in the modern market.

BE IN THE KNOW!

Thank you for signing up to receive emails from us on the latest mortgage rates and interesting home ownership news.

You will receive a confirmation email from donotreply@invis.ca with a link that you will need to click on to confirm your email address.

We value your interest and look forward to keeping in touch with you!

Paula is, hands down, one of the best mortgage brokers in town! With the help of a very competent team, she has helped dozens of my clients and family members with the right financing package. Banks usually can't come close to the personalized approach she delivers.

Paula Siemens and the Siemens Group exemplify the professionalism and quality client relations that all Vancouver mortgage brokers should follow. Years ago, Paula and her staff were able to help me convert the equity in my Yaletown condo into a mortgage that allowed me to keep the condo and purchase a Sunshine Coast property. And very recently, when the banks refused to let me transfer that mortgage to a new property, Paula was able to quickly find me several different solutions. I find that Paula works tirelessly for her clients. I am forever indebted to her for the work she has done on the three properties I have owned. There is only one Vancouver mortgage broker I recommend and that is Paula Siemens.

Paula Siemens is a rockstar at mortgages. She and her team are able to not only provide the best rates but they take the time to understand your unique situation, dig into the products available from all of the available lenders and give you a complete picture on your options. I have and will continue to refer people to Paula and her team.